Pit your favourite Nintendo characters against one another in this epic beat ‘em up for the Nintendo Switch.
Find the best deals on Super Smash Bros Ultimate for Nintendo Switch. We compare 4 prices (starting from $49.94) across every edition offered by our partner retailers
Developer
Bandai Namco Entertainment
Publisher
Nintendo
Released
7th December 2018
Genre
Fighting
Platform
Nintendo Switch

They said it couldn’t be done, that 20 years’ worth of iconic video game characters couldn’t be collected into one place and pitted against each other for the definitive version of Nintendo’s classic crossover fighting series. Super Smash Bros. Ultimate arrived in December 2018 to put an end to that thought, however, featuring not only a new campaign and stages, but also every single fighter ever featured in the famous franchise, as well. Needless to say, this iteration of Smash Bros. truly lives up to its moniker.

Super Smash Bros. Ultimate is the pinnacle of the series, bringing together every single character to ever feature in addition to a few newcomers. The likes of Inkling, Piranha Plant and Breath of the Wild’s version of Link are now all playable in the only family-friendly fighting game where you’re challenged to knock other competing players off the stage in a bid to be deemed the best. There are now over 60 fighters to get a hold of – who will you play as first?

Everyone is here in super Smash Bros. Ultimate!

Bringing together 60 fighters from across the video game landscape requires expert tweaking on behalf of Nintendo, so as to let players feel assured that they always stand a fair chance of winning no matter which character they play as. Each have their own specific moves and skillset which makes them a thrilling challenge to contend with on the battlefield, resulting in a thrilling battle of fisticuffs, fire plants and other weapons whether playing against just one other player or seven.

Super Smash Bros. ultimate starts with a relatively trim roster of 8, but new fighters can be unlocked either through standard arcade fights or the entirely new World of Light mode. Both methods will see fresh fighters distributed to you periodically, yours to battle with once you’ve defeated them yourself. More fighters are always being added too, with Dragon Quest Hero and Banjo Kazooie available as DLC. 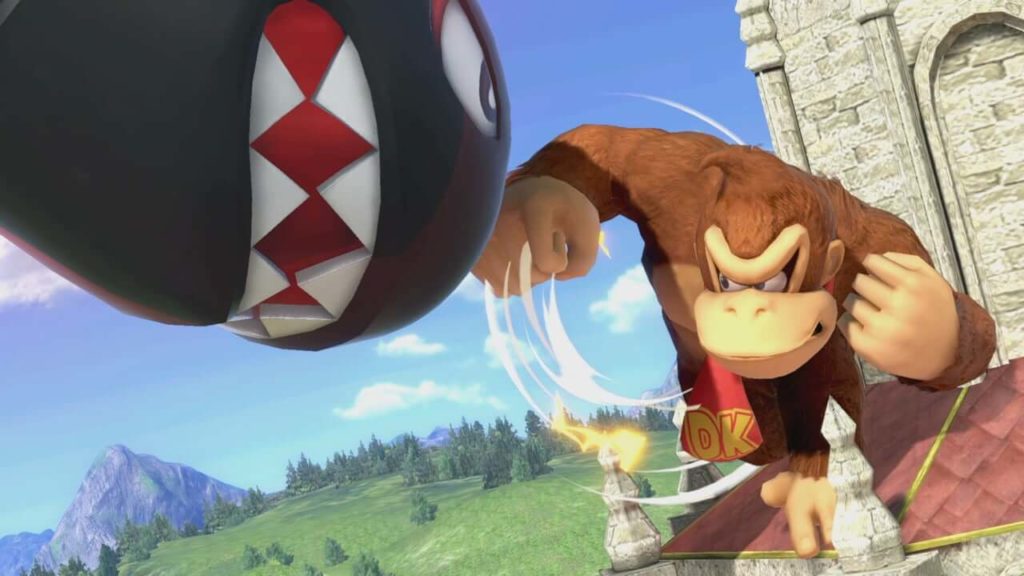 A dedicated single-player campaign in World of Light

As already mentioned, World of Light is an entirely new campaign tailored to single-player play, and the first to appear in a Super Smash Bros. game since 2008’s Brawl. The story revolves around the destruction of the Smash Bros. world at the hands of baddie Galeem. Every character’s spirit has been dispersed and therefore needs collecting, which is done by defeating captors across the World of Light map.