Play the latest version of everyone's favourite riotous racing game at home and on the move with Mario Kart for the Nintendo Switch. Use our state of the art comparison engine to find the bes
Find the best deals on Mario Kart 8 Deluxe for Nintendo Switch. We compare 11 prices (starting from $49.94) across every edition offered by our partner retailers
Developer
Nintendo EPD
Publisher
Nintendo
Genre
Racing
Platform
Nintendo Switch
Age Rating
Three
Release Dates
Nintendo Switch - 27th April 2017

Despite being an upscaled remastered of a Wii U release, Mario Kart 8: Deluxe on the Nintendo Switch serves as the definitive version of Mario’s latest karting adventure. Every course, character and vehicle now appears better than ever, fully playable for the first time remotely thanks to the unique nature of Nintendo’s hybrid console. Whether racing in the Grand Prix against AI racers or taking to the track online, dodging that pesky blue shell is always supercharged fun.

New to the Nintendo Switch version is the addition of Breath of the Wild’s version of Link as well as the Squidlings from Splatoon. Both of which boast their own vehicle components and come packaged with every DLC pack previously released, ensuring that there’s no shortage of thrills in Mario Kart 8: Deluxe. What’s more, you can jump into it all with up to four players on just one Nintendo Switch. Simply break off your console’s Joy-Con controllers.

Battle mode has also been drastically revised in this Deluxe version of Mario Kart 8, no longer taking place along a linear track and instead seeing teams of players doing battle within different arenas. Balloon Battle tasks you to protect your three balloons for as long as possible, while the cult-classic Bob-omb Blast makes a return from Mario Kart: Double Dash!!

Mario Kart 8: Deluxe quite rightly claims the title of being the best-selling Nintendo Switch game for a reason, remaining a console staple for many.

The Mario Kart franchise has always done a great job of featuring a wide range of playable characters to get behind the wheel with, and Mario Kart 8 Deluxe now raises the bar even higher. You have regulars like Mario, Luigi, Peach and Bowser, sure, but then also entering the mix are The Legend of Zelda’s Link, the Inklings from Splatoon 2 and Animal Crossing’s villager. Who will you choose to play as on the track?

A Wii U essential updated for Nintendo’s hybrid console

When Mario Kart 8 originally released for the Wii U, that console’s poor sales seemingly doomed one of the best kart racing games in such a way most people wouldn’t get to experience it. That changed in 2017 when Nintendo remastered it with all previously released DLC into Mario Kart 8 Deluxe, making it easy for two players to break off a Joy-Con and get karting immediately from the get-go. Mario Kart 8 Deluxe is the definitive version. 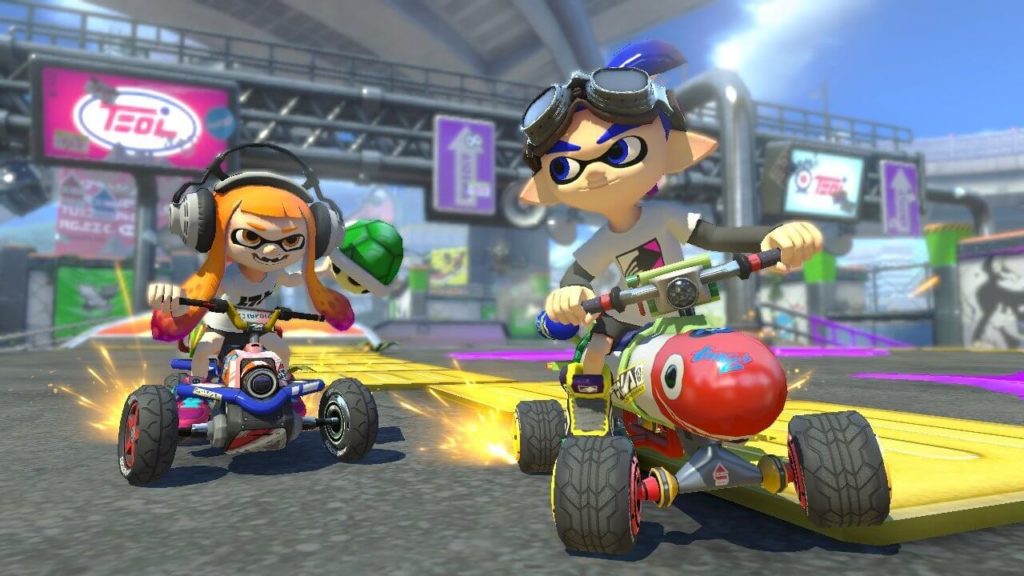 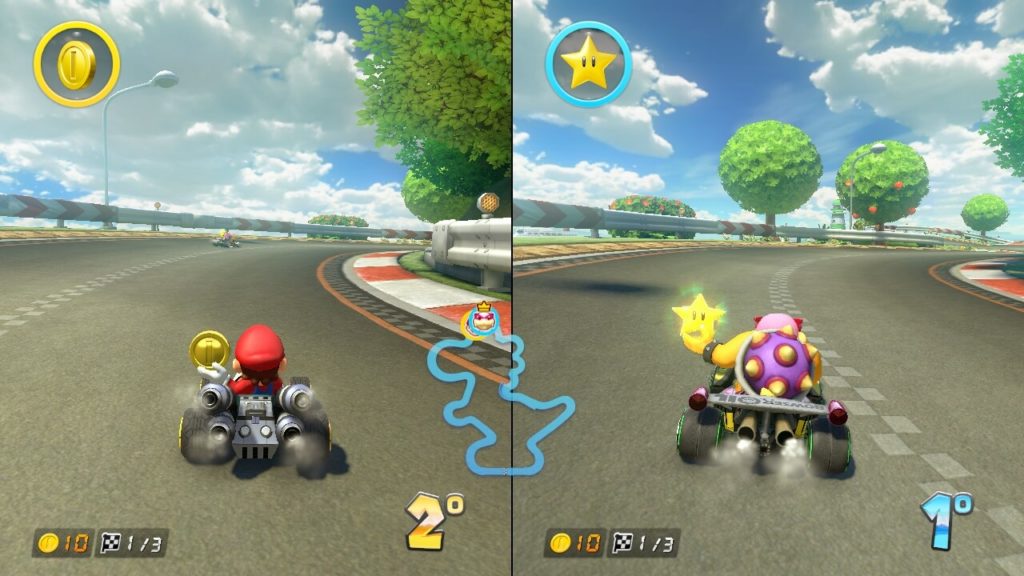 Nintendo Switch online marked Nintendo’s first foray into the realm of paid online subscriptions, and Mario Kart 8 Deluxe is the perfect example of a game that is enhanced tenfold by signing up. Not only can you duke it out as iconic Mushroom Kingdom characters against people in the same room, but also test your kart racing chops against thousands of other players around the world. Gain points, work your way up your friends list and boost to the top of the leaderboard.